A Classic (but not one of fifty) 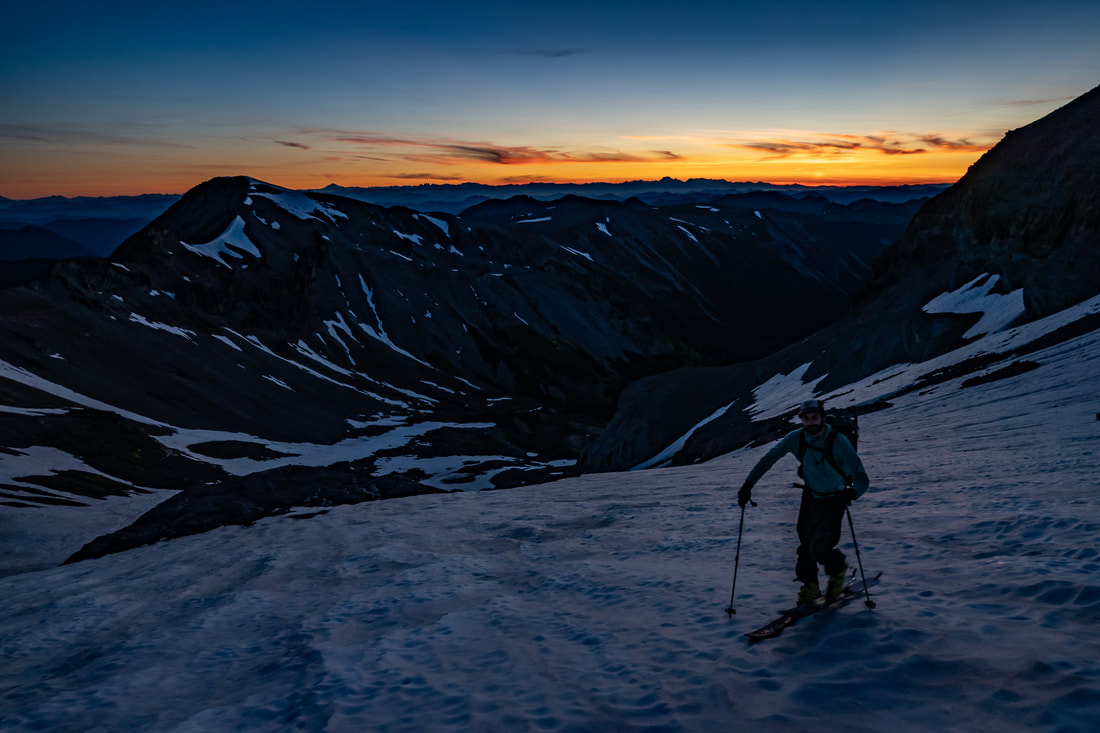 Coming off a big tragedy I wanted to get back on the horse and also have some type 1 low stress fun. Ben was available and psyched as always. The Emmons route seemed like a great choice for both of these objectives. I had done the route several times before and it was prime season, good weather, and the route appeared to be in great shape. There are three things I would recommend keeping an eye on with this route:The Mount Rainier Recreational Forecast is terrific. About 3-4 days out you should have a pretty good idea what to expect:
Mt Rainier Recreational Forecast

The other big problem with this route (and all of Rainier) is the permitting. Here is the breakdown to the best of my ability. A climbing permit is needed to travel above 10K feet, which does allow for skiing a number of low mountain routes such as the Turtle or Van Trump Park and the good old Conga line to Camp Muir without a permit.

You need: When will your permit be checked? (In my experience) One more thing to check: Make sure the road you are taking is open. Paradise has night closures in April/Early May and the road to the White River Campground often isn't open until June. Sometimes you can bike in to White River before the road is open, but that makes an already long route even longer, I highly recommend doing it in 2 days if the road isn't open to the campground.
NPS Climbing Permit Info 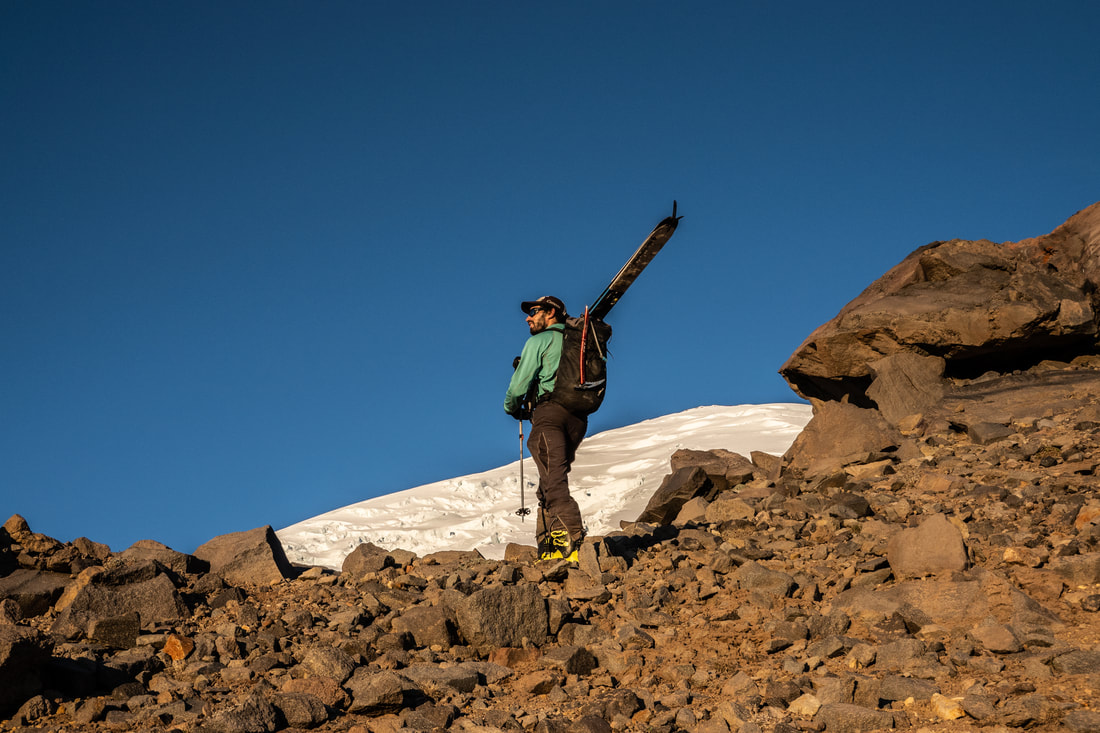 BLAH... All this bullshit just to climb a mountain. Let's just say that the permit system isn't really setup to accommodate folks who go fast and light with little free time, making the call last minute based on the forecast. It's designed for people doing guided slow and heavy pushes over 3-5 days. People who planned their trip 6 months ago and are going to summit on June 12th come hell or high water, not matter what the mountain is telling them GOD DAMMIT!  End Rant. 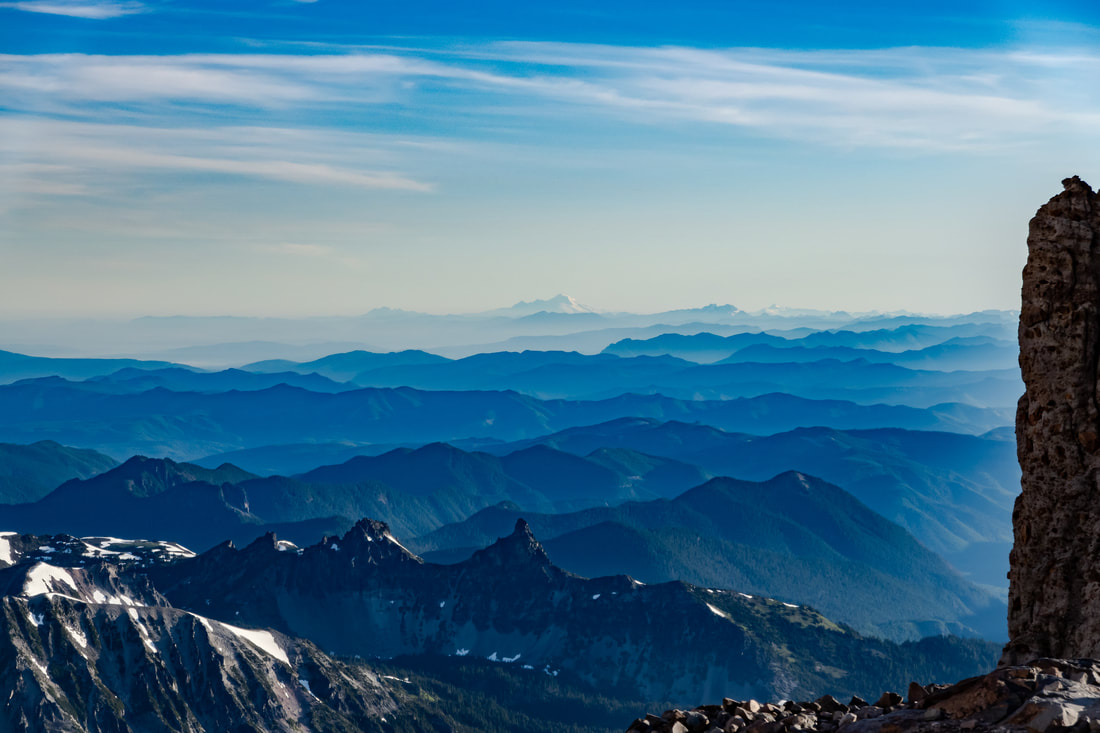 The good news is that the Mount Rainier is one of the most beautiful and awesome places on this wonderful little planet of ours. I have experienced several of the best sunrises of my life on the Emmons, including this trip. It's a true classic ski line, you have to thread the needle around a few crevasses, but otherwise it's two gigantic snow ramps (Emmons and Inter Glacier) just begging to be skied. 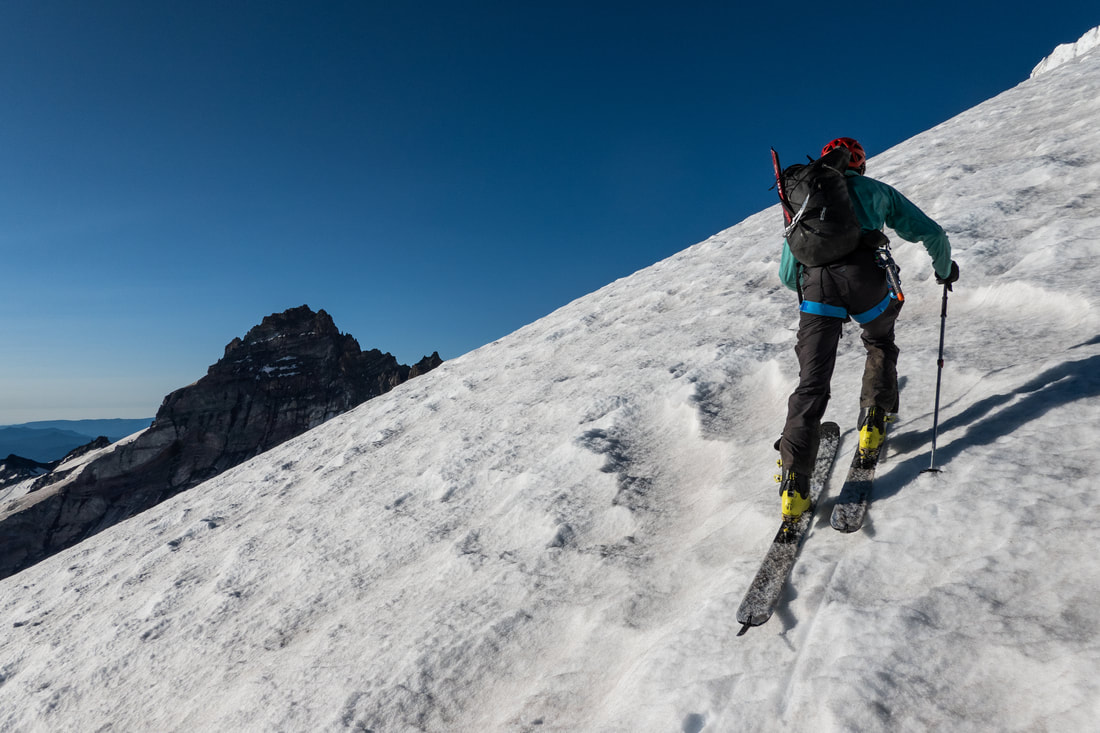 I didn't include a .gpx because I don't think it's really needed. The upper Emmons will change based on the crevasses each year. Earlier in the year it tends to head straight up and later on it takes a long righthand traverse to the saddle between Liberty Cap and Columbia Crest to end-run a massive crevasse. The approach and trip to Sherman are straightforward. Just make sure you drop South off the ridge around 9200' on your way up Inter Glacier, don't accidentally top out Steamboat Prow like I did my first time. Caltopo has the whole route including the glacier variations.

The skiing is very approachable, but do keep in mind you might end up skiing 40 degree ice chunks above crevasses while gasping for air so don't make it your first time skiing crappy snow in the high mountains. It is very likely that the top couple thousand will be frozen, otherwise you are probably running late. You basically skin until a little ways above Sherman then switch to crampons and rope up, continuing booting up for what can feel like eternity. Remember that even when the pitch eases there is still a ways to go. There is generally a well beaten in booter to follow, especially later in the year. 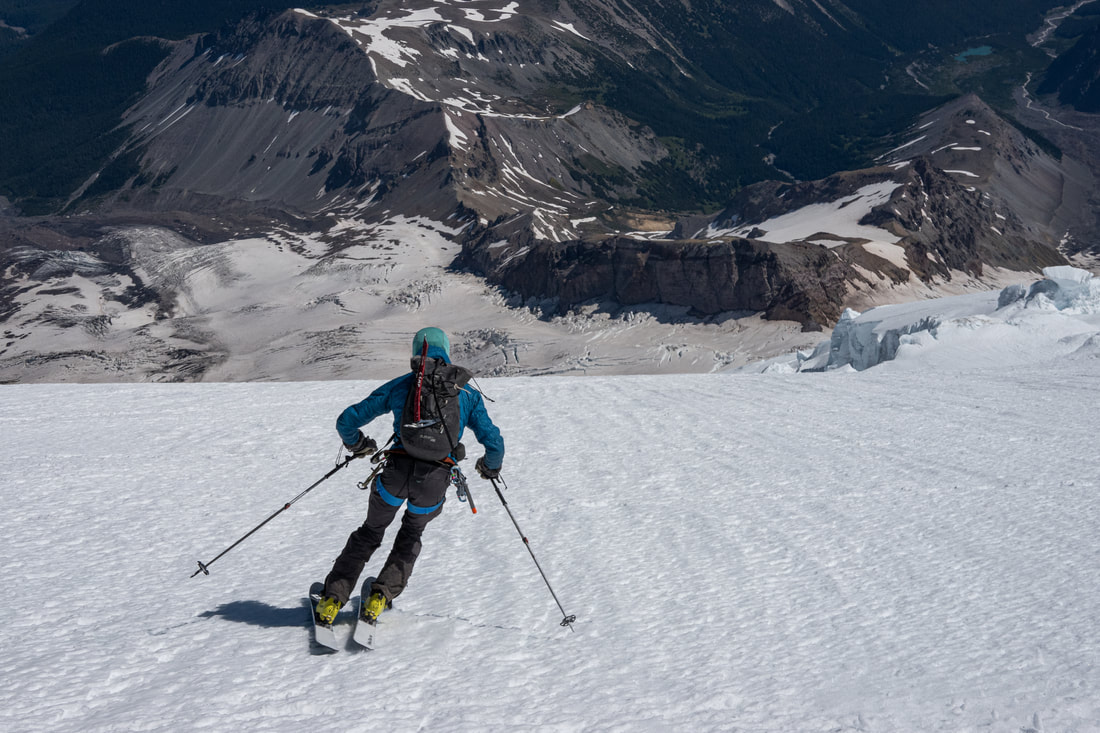 The summit is obligatory, honestly not very spectacular, a bump in a rolling ridge surrounded by ice chunks and pee stains. The nice part is ducking down behind the summit out of the wind and getting a little food and water. After that it's time to transition and go skiing. The safest thing to do is to follow your ascent route so you know what you are getting into. The skiing is generally terrible, then terrific, then terrible again with different portions of each  based on the weather and time of the year. The run is so long that part of it has to suck. The Emmons is glorious though, what could be more fun than skiing corn on a glacier, surrounded by seracs, with the mountain falling away for thousands of feet into the lush green valleys below? This is the essence of PNW volcano skiing and it always puts a smile on my face. 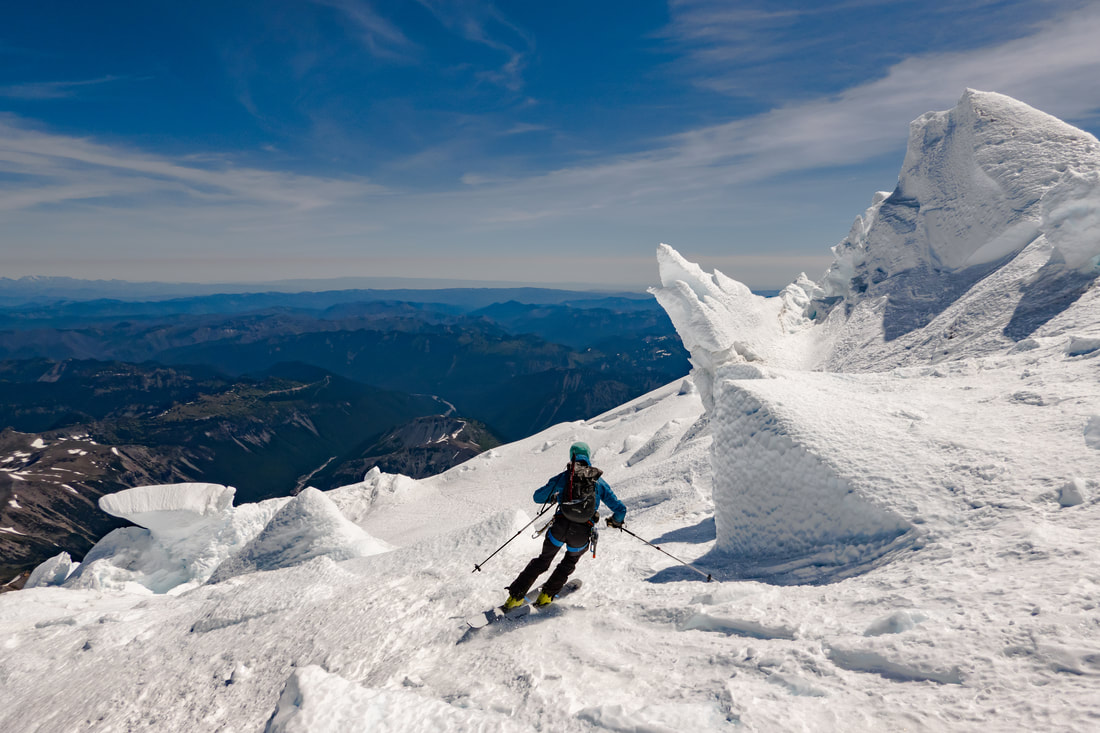 Ski down past Camp Sherman, bump over the ridge to Inter Glacier and hopefully that is in good shape too, it gets dirty and rotten late in the year. Then ski until the snow runs out. All that awaits you is an annoyingly long deproach (avoiding the approach/deproach is a big benefit to skiing the south side of the mountain).

The route generally skis well until at least late June (not in 2021). The two things that shut it down are too many sun cups, they can get really bad for a few thousand feet above Sherman. Also late in the season the crevasse route finding starts to get really complicated and could make for a lot of BS on the way up and down having a negative impact on ski quality. It's really best when you can ski over all the crevasse crossings and don't need to rope up on the way down. I think the prime ski season for this route is mid may to mid July.