I am guilty... I am guilty of looking at mountaineering parties and rolling my eyes. I am also guilty of saying many times, out loud, that I never plan to walk down a volcano. These views could be considered condescending and elitist, probably because they are. It also wasn't until I was recently looking through old photos that I realized just how important mountaineering was to my development as a ski mountaineer (ski MOUNTAINEERING duh!).  I even have a dog-eared outdated copy of Mountaineering; The Freedom of the Hills, I learned so much from that book!

I was fortunate enough to take two mountaineering skills classes early on. One was a snow and glacier travel course near Banff Canada. I had taken the train there with my dad which was a spectacular journey unto itself. I then spent three days learning all about ice axes, crampons, glacier travel, crevasse rescue, and snow and ice anchors. I even did my first alpine start. The weather we had was shitty and the mountain we climbed was kinda lame, but everyone was safe and I learned a bunch. 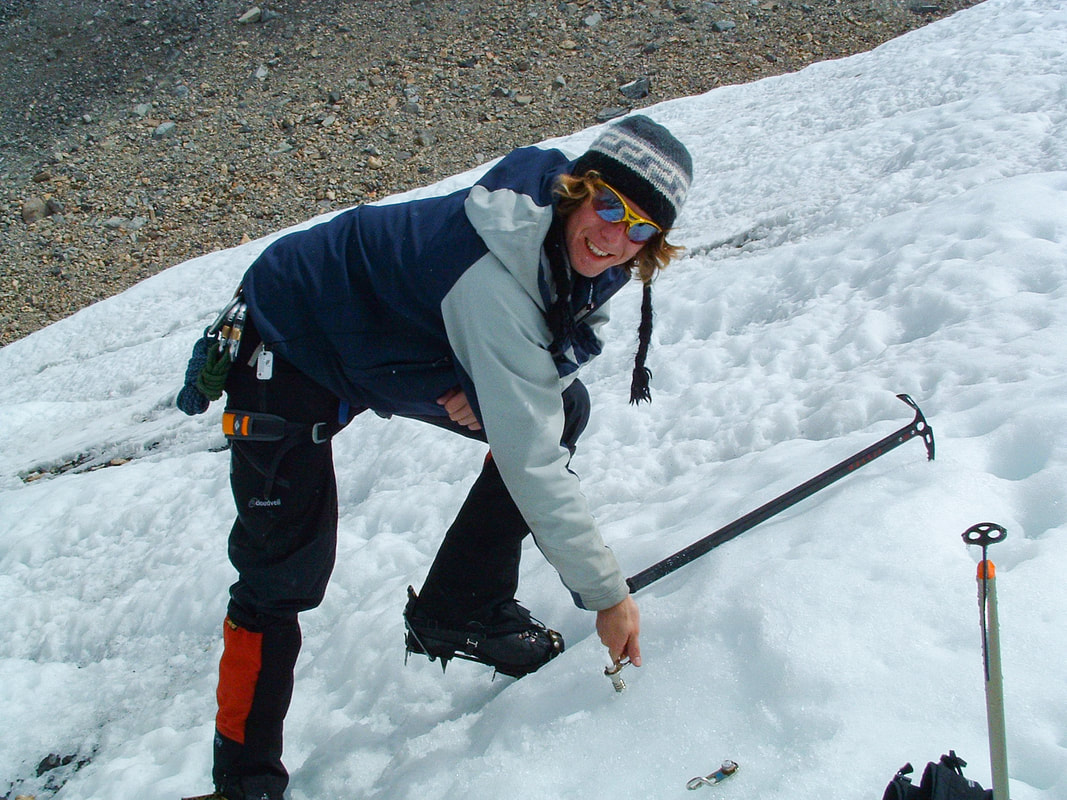 It's now out there for the world to see, I once owned a long ice axe and OR gators Circa 2006
I also was lucky enough to be able to take a second mountain skills course during college at UVM (for credit!). That course was oriented more towards ice climbing but also had some general mountaineering skills (not many glaciers to rope up on in New England). Yeah, we were top-roping WI4 with leashed knuckle bashers, but hey it was ice climbing. I never really caught the bug, but over time I managed to clime enough ice that if I encounter a stretch of WI4 or a short mixed step in the middle of a ski line I'm not totally hosed. 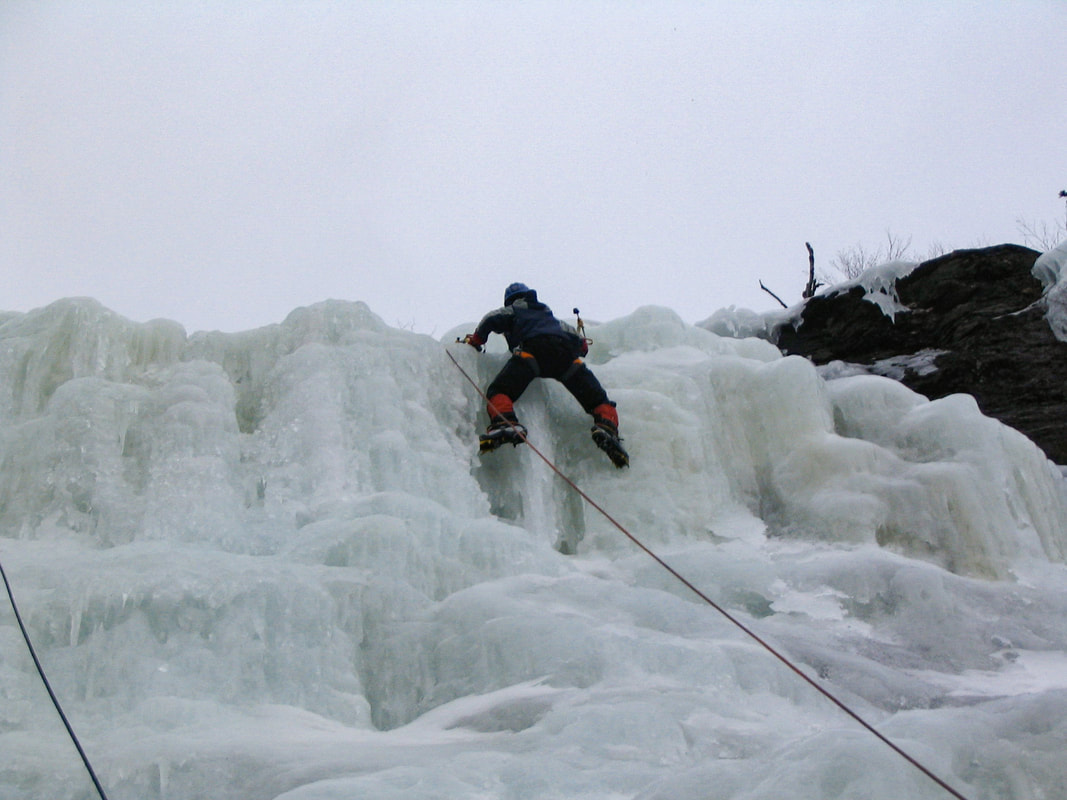 Making WI4 look hard, straight shafted tools aren't helping Circa 2006
The two courses were the extent of my formal training, but much more informal training ensued. Plenty of rock climbing helped me hone my rope skills. Ice climbing was shockingly accessible in Vermont (relative to Washington). Traversing out of the ski area and top-roping a frozen waterfall was a totally normal thing to do. I have climbed very little technical ice since getting to WA, but having the skill reserve to handle a little ice has given me a great deal of confidence. I started to put the ski skills together with the mountaineering skills around 2008 in the Presidential range in NH. 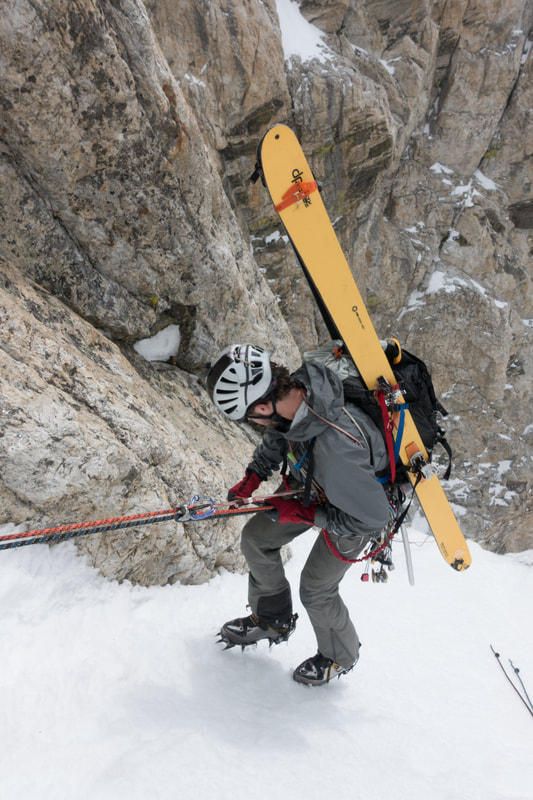 Putting it all together on the Grand Teton in 2015
Here is a list of skills you that need to be dialed if you are going to start to undertake technical ski routes:
Remember the faster you are trying to go the better you need to be at the technical skill. I don't climb ice fast, I'm not good enough at it, I wouldn't try to go fast on a route with a bunch of ice climbing. On the other hand I have done enough water ice climbing that I feel good moving fast on the less technically demanding névé or steep snow. You can be the best skier in the world, but without these other skills your safe travel in the mountains will be severely limited.

The next time I'm looking at a group of mountaineers, with their 60 liter packs, head to toe gore-tex (warm weather be damned) and 1" nylon tubular webbing dangling everywhere. I'm going to think back to these photos and remember that once, I too looked that silly and it was fun. I still look silly and am still having fun, what is the difference anyways?
Mountaineering: The Freedom of the Hills