.GPX File
This was the tour where I realized just what an incredible game changer race gear is in the backcountry.

Notes: Very straightforward route finding and easy to bail accept for the area between Middle and South Sister. Easy to add broken top and bachelor or skip them, Great route for pushing your fitness on with ample bail options. 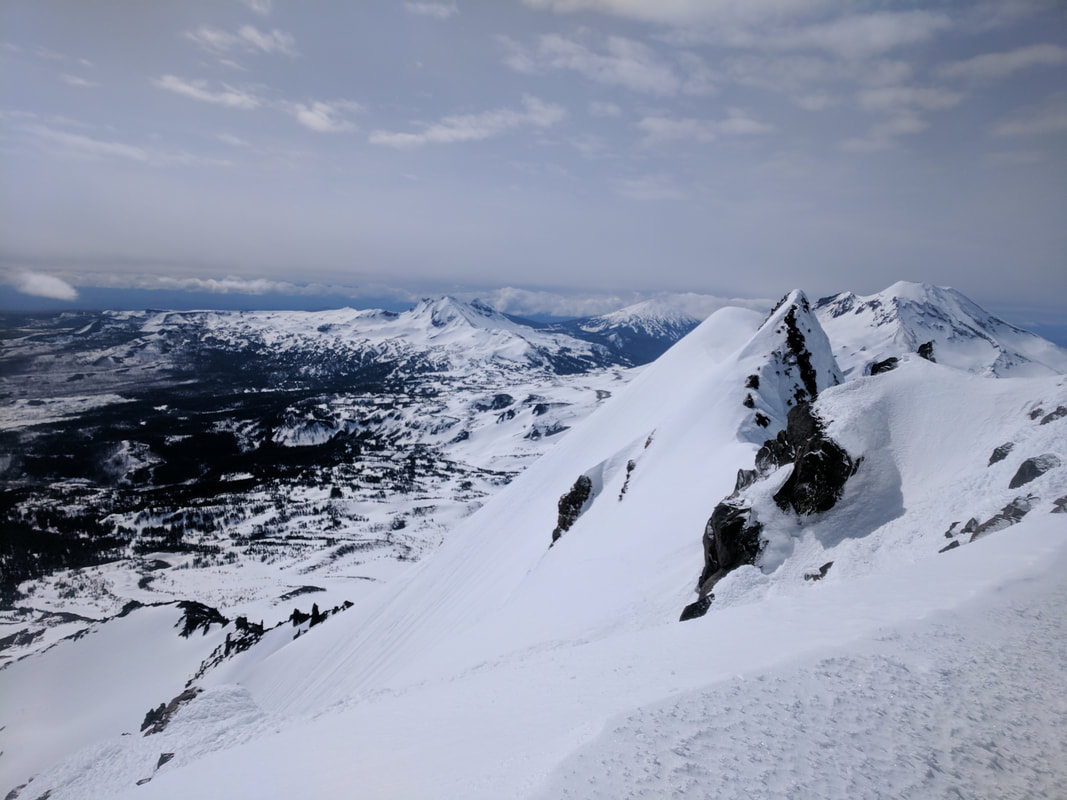 My Partner Anne's family has a place in Sisters OR. Visiting them doesn't suck. I had previously done the Three Sisters traverse on skis and heavier gear. I wanted to see just what I could do on the race gear. I was planning on doing the three sisters and maybe throwing in broken top if the day was going well. Anne had graciously offered to do the car shuttle for me. I would be in touch about pickup via my inreach (though there turned out to be plenty of cell reception). I can't remember when I got going but it was not an alpine start, maybe 7AM. The approaching in Oregon is hilariously easy coming from the PNW and NH. 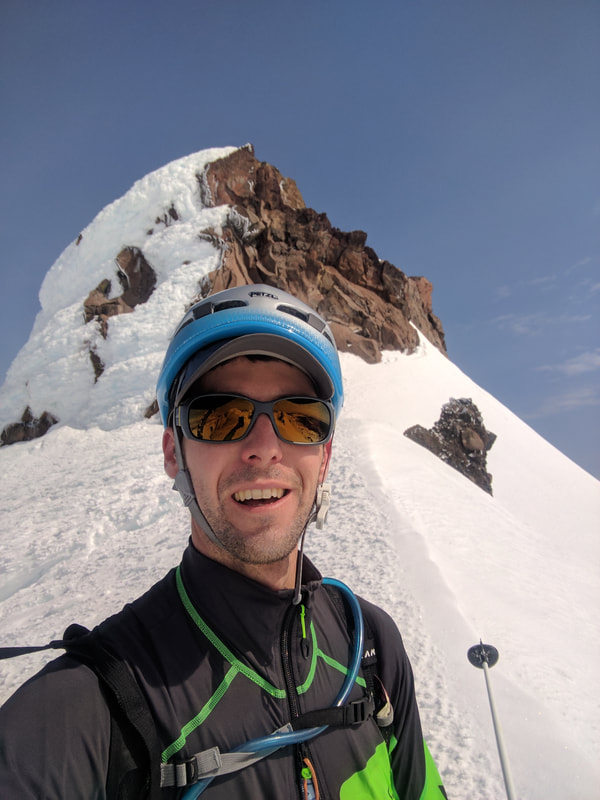 I think this photo is of me just after bailing on the summit of North Sister. Maybe this disqualifies me from a FKT but it just seemed icy and more technical than I wanted to deal with. I turned around probably 150' vert from the summit. The rope connector on my crampons loosened up and one of them started to fall off on an icy exposed pitch. I took that as a message from the mountain gods that I didn't need to top out on North. I have found that the faster I try to go the more I avoid technical terrain. As the saying goes, "try to only break one law at a time." Things were also a little colder than I expected. Plenty of chatter up high, but no warming to worry about. 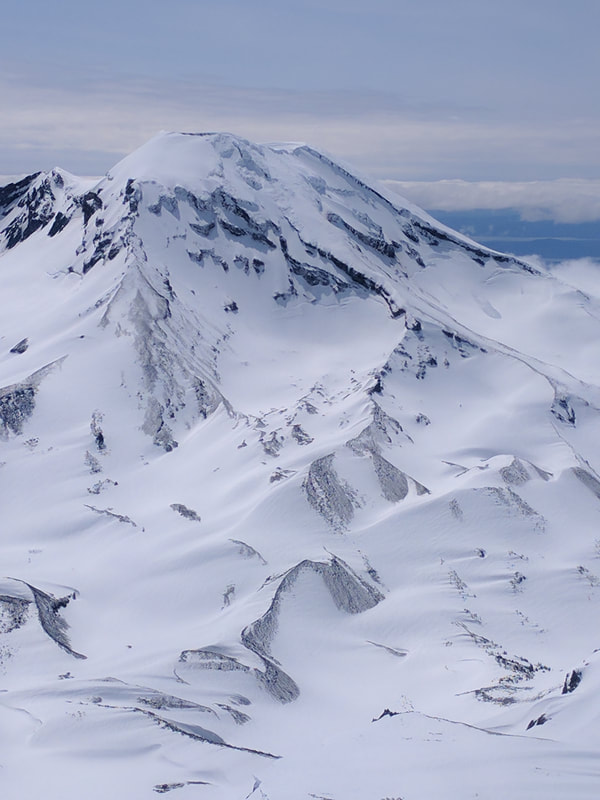 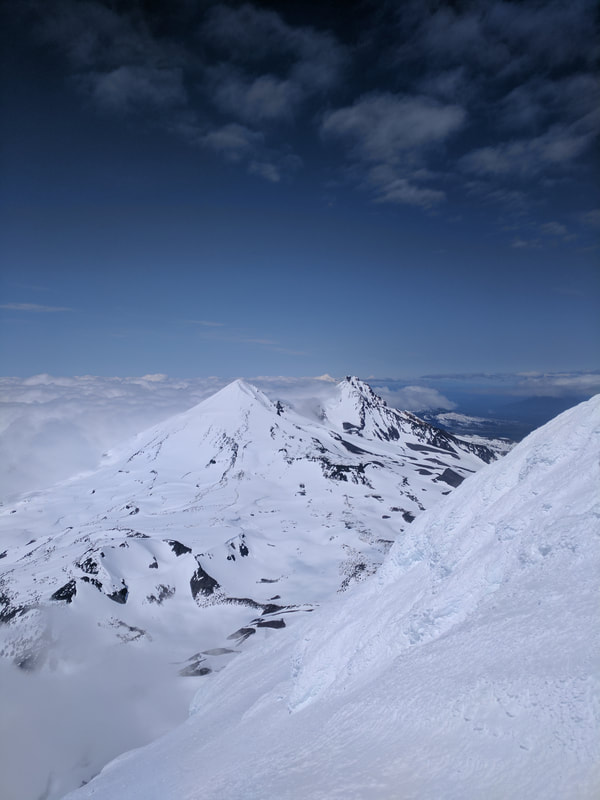 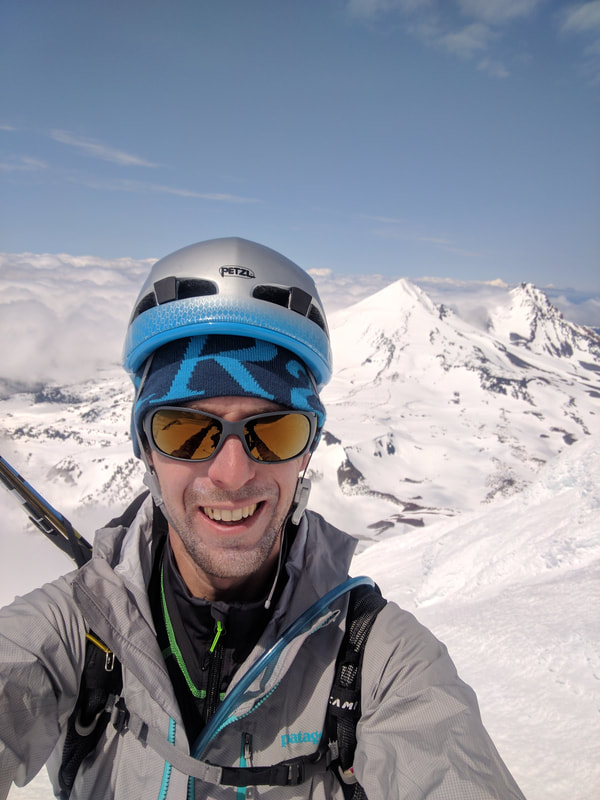 Topping out South, wearing everything I have and still chilly. I was expecting things to be a little more spring-like. 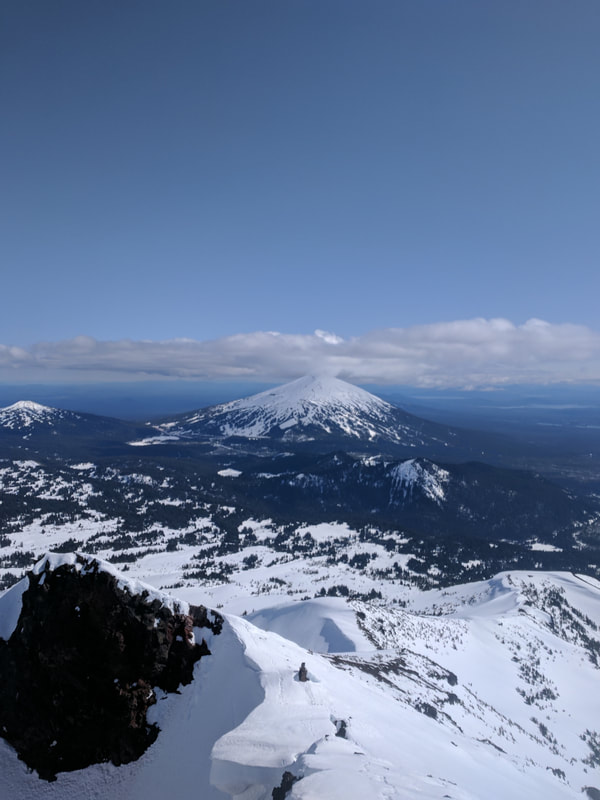 View of Bachelor from Broken Top, a lot of mellow terrain to cover between here and there. I literally just skied in almost a straight line between the two. Just one minor ridge/drainage to navigate with the help of my phone gps. Oregon route finding is so easy! 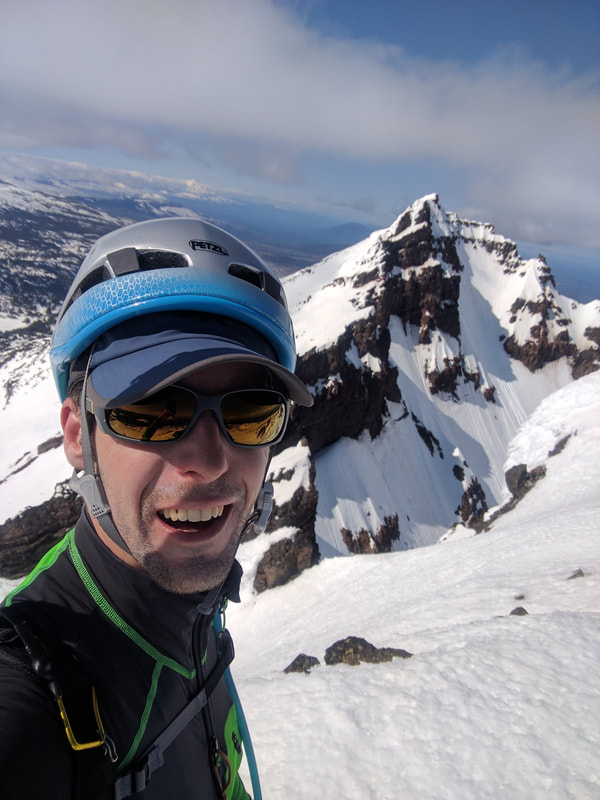 Last photo, me on the Broken Top skier summit (horizon line not straight, what a garbage shot!), true summit behind, the thing from two photos ago still stuck in my teeth. I had taken a short break to brew water between South and beginning the ascent of Broken, that was my only stop. I texted Anne to let her know I wanted to do Bachelor and would text when I topped that out. I ended up making her plans difficult and she was rightfully annoyed when she picked me up.

It is a long way from Broken Top to Bachelor. I got to bachelor and then entered the good old death slog to the top. When I got to the road the sun was down and I started to get cold fast. I waited probably 30 minutes for Anne to come get me and was in the embrace my my old friend hypothermia by the time she arrived. It made me realize that if anything had gone wrong, even with the inreach or cell reception I probably would not have survived the night.

This trip is the reason that I carry more gear now. I always want to have a full complement of hard shells and insulation layers as well as a stove and an ultralight bivy kit. I see no reason to turn a minor emergency into a life and death situation by going super light on gear. I think if your margin of success rests on the difference between a 15 lb pack and a 25 lb pack your margins are too tight and you need to get faster or fitter. It is also nice to have a group so you can spread the emergency gear around.